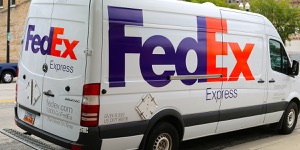 Law360 (August 5, 2019, 9:04 PM EDT) — The Sixth Circuit on Monday upheld a former FedEx SmartPost employee’s $415,000 trial win in her suit accusing the package delivery giant of retaliating against her for complaining about sexist behavior.

A three-judge panel let stand a June 2017 verdict and post-trial orders by U.S. District Judge George Caram Steeh awarding Sheryl Hubbell damages in her suit alleging that FedEx SmartPost, a unit of FedEx Corp., mistreated her based on her gender and eventually fired her because she made complaints about her manager, who purportedly didn’t want women in leadership roles.

The panel said there was plenty of evidence to support both the jury’s decision on liability for Hubbell’s retaliation claims and its award of punitive damages.

“Viewed under the proper standard, there was ample evidence to support the jury’s verdict,” the panel said.

Hubbell, who was employed at a Michigan FedEx facility for about eight years, eventually rose to become a lead parcel sorter. That position included supervisory duties even though it wasn’t classified as a management position.

In her March 2015 amended complaint, she alleged in part that Todd Treman, who became her manager in early 2011, told her that she should demote herself to an administrative job since “females are better suited to administrative roles and males are better suited to leadership roles.” She said that he later followed through on a threat to make her job “harder” if she didn’t accept a demotion.

Among her many allegations, Hubbell claimed that she was retaliated against for filing discrimination charges with the U.S. Equal Employment Opportunity Commission after she was demoted purportedly for being an ineffective leader.

The alleged mistreatment included being unfairly evaluated, getting disciplined for absences even though she had documented medical reasons for missing work, and having her activity and conversations closely surveilled, according to background details outlined in Monday’s ruling.

The ruling noted that Hubbell hadn’t gotten any disciplinary actions taken against her before Treman arrived, but she got about 15 after he became hub manager.

She was eventually fired in December 2014 purportedly for leaving work early. In her amended complaint, Hubbell alleged that her firing was retaliation for her filing the present suit.

Although a Michigan federal jury returned a verdict in FedEx’s favor on Hubbell’s gender bias claims, it ruled in her favor on her retaliation claims.

In Monday’s ruling, the Sixth Circuit said there was plenty of evidence offered at trial to support Hubbell’s claims that she was retaliated against for complaining about the mistreatment.

“Hubbell presented testimony from fellow employees that she was singled out for adverse treatment and presented undisputed evidence, such as doctor’s notes excusing her absences, that at least some of her disciplinary writeups were unjustified,” the panel said. “On this record, the jury could have reasonably inferred that retaliation for filing an EEOC complaint was a but-for cause of the materially adverse actions Hubbell suffered.”

The Sixth Circuit also said there was enough evidence for jurors to find that FedEx didn’t engage in a good-faith effort to comply with federal anti-discrimination law despite the existence of a written anti-discrimination policy. The panel said it was unclear whether FedEx followed its policy in this case or whether it conducted any investigation of Hubbell’s internal sex discrimination complaints.

Additionally, the panel rejected FedEx’s argument that since the jury initially issued an inconsistent verdict, the punitive damages award should’ve been wiped out. The jury had held that the company acted in good faith to comply with Title VII while also assessing punitive damages against it, and the judge reinstructed them on the relevant verdict form questions and told them to further deliberate.

“The district court did not err in re-instructing the jury following its initial inconsistent verdict,” the panel said. “At bottom, FedEx’s argument seems to be that the jury’s initial indication that FedEx acted in good faith precluded punitive damages as a matter of law, despite the jury’s expressed intention to award punitive damages. That argument is inconsistent with the weight of precedent.”

As part of the ruling, the panel rejected Hubbell’s cross-appeal that argued the trial court had improperly shaved the amount of attorney fees she was awarded to about $158,000.

“In sum, we cannot say that the district court exceeded its broad discretion. Accordingly, we affirm the award of attorney’s fees,” the panel said.

Counsel for both parties were not immediately available for comment.

Hubbell is represented by Raymond Guzall.