Home
Articles
Am I an Employee or Independent Contractor?

Am I an Employee or Independent Contractor? 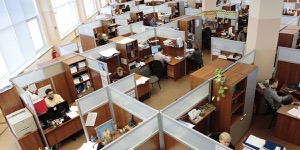 An employer bears the burden of proving all three factors above before classifying an employee as independent contractor. If the employer cannot proof at least one factor, a person is presumed to be an employee. This test certainly makes it easier to determine the status of many California workers. However, it is still not as black and white as we wish. For example, if an employer controls and directs employee’s work, hours, and performance, the first prong of the ABC test is met. Further, if a worker performs duties for an employer on a full-time basis and is not engaged in an independently established trade, occupation, or business, the C prong of the ABC test is also met. Now imagine that a worker is performing maintenance/handyman work for a nail salon. Presumably, the second prong cannot be met because the worker performs work that is outside the usual course of a nail salon that provides such services as manicure, pedicure, massage, etc. However, it does not mean automatically that such a worker should be classified as an independent contractor. In cases like this, the court will further look at the nature of the work relationship as a whole and only then determine the proper classification.

Why so Much Fuss Whether I am an Employee or Independent Contractor?

If you suspect your employer misclassified your status as independent contractor, feel free to call or email us for a free initial consultation.