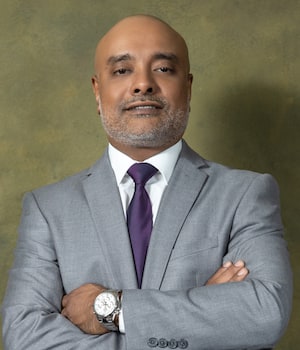 Mr. Dimuth C. Amaratunge, Esq. is the founding partner attorney at Serendib Law Firm APC. Prior to establishing Serendib Law Firm APC, he worked for Plaintiff’s Personal Injury law firms and then extended his career in the practice of law by working for Employment/Personal Injury law firms in Irvine and then Newport Beach, California where he eventually became a partner.

In his community, Mr. Amaratunge is also well recognized as an Immigration attorney who fights for immigrant rights. He has assisted his community by conducting and continuing to conduct immigration workshops throughout Los Angeles and the Orange County areas and has represented immigrants, on a pro-bono basis, in reference to deportation proceedings, both in Immigration Court and at the Board of Immigration Appeals.

No matter the circumstances or the value of the case at bar, Mr. Amaratunge is an experienced attorney who is committed and prepared to achieve the best outcome for his clients with integrity, honesty and with the requisite knowledge in handling complex legal matters and the proven ability to achieve client goals.

Mr. Amaratunge received his Juris Doctorate. from Western State University, College of Law. He was educated in England, Sri Lanka, and the United States and is fluent in Sinhalese.

Represented clients in reference to Employment and Immigration matters on a pro-bono basis and achieved client’s expectations.