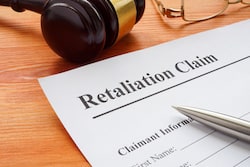 The purpose of the False Claims Act, 31 U.S.C. §§ 3729 - 3733 is to recover misspent taxpayer money and deter future misspending of taxpayer money, encourage individuals to blow the whistle on taxpayer fraud, waste, and abuse, and protect whistleblowers from retaliation. The Qui Tam provision of the Act allows private citizens who are called “relators” in the context of the FCA to bring a suit on behalf of the government. Generally, employees are better equipped to bring such claims because they have first-hand knowledge of the violator’s schemes. The FCA also has whistleblower protections for the employees who blew the whistle on the employer and were terminated in retaliation.

To successfully win an FCA claim, a relator must show that the violator knowingly submitted (or causing someone else to submit) a materially false or fraudulent claim for payment under a Government program, grant, or contract, resulting in the financial loss (damages) to the Government program, grant or contract. “Knowingly” prong includes having actual knowledge, being deliberately ignorant that a claim is false, or acting with “reckless disregard” as to whether a claim is false.

The Relator team files a Complaint in a federal district court. The Complaint is filed under seal and the defendant is not served the Complaint (a secret suit). The Relator team serves the United States Attorney General & the United States Attorney with the Complaint and disclosure of evidence (documents, names of individuals who will corroborate, investigative plan). If the Department of Justice (DOJ) finds the information sufficiently credible, DOJ will investigate. DOJ will ask an experienced whistleblower team to assist it with the years-long investigation.

Violations under the federal False Claims Act can result in significant fines and penalties. Financial penalties to the person or organization include recovery of three times the amount of the false claim(s), plus an additional penalty of $5,500.00 to $11,000.00 per claim. For example, if the medical office defrauded the government for $1,000.000. The government is entitled to receive back $3,000.000 plus the penalty. The relator who helps the government recovering the damages is entitled to receive a percentage of the recovered amount. Depending on the various factors, the percentage may vary from 15% to 30%.

In 2020, the Department of Justice obtained more than $2.2 billion as a result of the prosecution of civil cases involving fraud and false claims against the government.