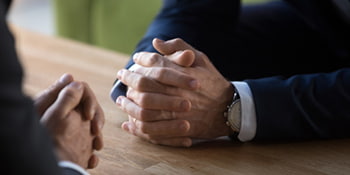 It can be unnerving to accuse your employer of wrongdoing. Whether you are filing a complaint with Human Resources or a charge of discrimination with the Department of Fair Employment and Housing (DFEH), it is normal to be worried about how your employer will react. You may be concerned about your career prospects and even whether you will be terminated as a result. In California, retaliation is prohibited under various anti-discrimination and whistleblowing statutes. If you believe that you were subject to retaliation for engaging in a protected activity, you should consult the Orange County retaliation lawyers at the Serendib Law Firm.

Your employer is not permitted to retaliate against you for engaging in any activity protected under the California Fair Employment and Housing Act (FEHA). It is also forbidden from retaliating against you for activities protected under federal anti-discrimination laws, such as Title VII of the Civil Rights Act of 1964, the Americans with Disabilities Act (ADA), or the Age Discrimination in Employment Act (ADEA). Other statutes also include provisions prohibiting retaliation for engaging in protected activities, such as California Labor Code Section 1102.5.

Unfortunately, it is common for retaliation to occur in violation of the Fair Employment and Housing Act. FEHA prohibits not only discrimination and harassment based on a protected characteristic but also retaliation for engaging in a protected activity under the statute. Under FEHA, any action taken to oppose employment practices that are illegal under FEHA is a protected activity. Protected activities can include, for example, reporting your coworker’s sexual harassment to Human Resources or your manager. They can also include filing a charge with DFEH or supporting a coworker who is filing a hostile work environment charge with DFEH.

To recover damages for retaliation on your behalf, a retaliation attorney in Orange County will need to show that you engaged in a protected activity, that the defendant acted adversely against you such as by terminating, demoting, or failing to promote you, that your protected activity was a substantial motivating reason for the employer’s decision to take the adverse employment action, that you were harmed, and that the defendant’s adverse action was a substantial factor in causing your harm.

What Counts as Retaliation?

Retaliation includes any adverse employment action taken in response to your engagement in a protected activity. An adverse employment action is anything that negatively affects the terms, conditions, or privileges of employment. It includes anything that would discourage a worker from making a complaint in the first place. Such actions include a failure to promote, a demotion, or a transfer to a lower-paying, less prestigious position. Each situation is different, making it important to talk to an experienced attorney.

For example, if you complain in good faith to HR about what you think is sexual harassment, and you are terminated in retaliation for making the complaint, but the court does not believe that the actions at issue rose to the level of sexual harassment, you could still recover damages for retaliation. Often, retaliation is easier to establish than discrimination or harassment is.

Discuss Your Case With an Employment Attorney

If you believe that you were subject to workplace retaliation for engaging in a protected activity, you should consult the employment law attorneys at the Serendib Law Firm. We represent people in Orange, Los Angeles, San Bernardino, and Riverside Counties. Call us at 1-800-LAW-8825 (800-529-8825) or contact us via our online form for a consultation with a retaliation lawyer in Orange County. 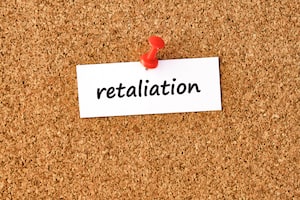 An employee who stands up for their rights by reporting an employer’s wrongdoing often does so hesitantly and with fear. Unfortunately, after filing a complaint either internally or to outside authorities, an employee can be subject to retaliation by their company. However, retaliatory actions are illegal both under federal and state law. If you have concerns about what your employer might do, or has done, after you reported misconduct, it is important to consult an experienced Orange County retaliation attorney at the Serendib Law Firm as soon as possible. Our firm can help protect your rights as well as take action if an employer has engaged in retaliatory actions. We are dedicated to making sure employees feel safe and heard in their work environments, while also ensuring their employers are held accountable for unjust practices. Please contact our office today to find out more about your legal rights and options.

California labor codes and federal regulations protect the rights of workers who report discriminatory practices and other illegal action or misconduct taken by their employers. The whistleblower protections set out under these laws prohibit employers from punishing employees who engage in such legally sanctioned activities. Some of the laws that defend employees’ rights against retaliation include the California Fair Employment and Housing Act (FEHA) and California Labor Code provisions, as well as federal statutes including Title VII of the Civil Rights Act of 1964, the Americans with Disabilities Act (ADA), and the Age Discrimination in Employment Act (ADEA). A knowledgeable retaliation attorney in Southern California can help you assess if your rights have been violated and which law action can be pursued under.

Depending on what statute a retaliation claim stems from, different elements may need to be shown. For instance, under the FEHA, employers are prohibited from retaliating against an employee who engages in a protected activity contained within the statute, which includes any action taken in opposition of an illegal employment practice. This may include internally reporting sexual harassment to a company’s human resources department as well as filing external complaints with the Department of Fair Employment and Housing regarding a hostile work environment.

To succeed in a FEHA retaliation claim it must be shown that the employee participated in a protected activity; that the employer-defendant acted adversely against that employee; and that the protected activity was a substantial motivating reason for the adverse action taken. The employee must also show they were harmed by the adverse action. These cases are not dependent on whether or not the basis of a complaint, such as discrimination or harassment, is ultimately found to have occurred. It must only be shown that an employee had a reasonable belief their employer’s conduct was unlawful when reporting or filing the initial complaint for which retaliatory action was taken. When building a case to show retaliation, it is important to consult a seasoned Orange County employment law attorney who can make sure the proper evidence is collected and analyzed.

Adverse employment action can take various forms. Wrongful termination is arguably the most obvious offense, but more nuanced retaliatory practices are also common. These practices can include failure to promote, demotions, transfers to less-desirable office locations, and denial of access to resources, as well as other actions taken to create a hostile work environment rendering an employee unable to do their job. Undeserved negative performance reviews or denial of earned benefits are also illegal adverse employment actions. Each statute has differing statute of limitations, ranging from six months to two years dependent on the claim. As such, it is important to contact a workplace retaliation attorney as soon as possible to ensure your case is handled within the appropriate timeline.

The Serendib Law Firm is dedicated to providing skilled and experienced legal representation for employees who are trying to do the right thing in exercising their legal rights. Our Orange County retaliation lawyers understand how hard it is to speak up against an employer who is acting wrongfully, and we are committed to getting justice for those who have suffered retaliation as a result. Our firm represents clients throughout Southern California including Los Angeles, San Bernardino, and Riverside Counties. If you have questions regarding your legal option, please call our office at 1-800-LAW-8225 (800-529-8825) or contact us online to find out more about how we can help.