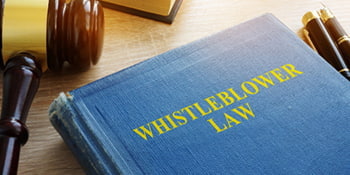 California law includes protection against many forms of whistleblower retaliation. California has some of the most protective whistleblower laws in the country. Retaliation may take the form of wrongful termination. However, it can also include other adverse actions, including those that result in working conditions that are so intolerable that they amount to constructive termination. Retaliation can involve suspension, demotion, failure to promote, or denial of access to training or resources needed to do the job.

The most commonly used whistleblower statute is California Labor Code Section 1102.5, which prohibits retaliation against an employee who reports information that the employee reasonably believes may amount to a violation of a federal, state, or local law, regulation, or rule. Your employer cannot retaliate against you if you disclosed, or if the employer believes that you disclosed, information to a law enforcement agency or the government if you had reasonable cause to believe that the information disclosed a violation. Even if it turns out that your employer did not violate the law, you will be protected against retaliation if your suspicion was reasonable.

To establish a claim for retaliation, a whistleblower attorney in Orange County will need to show that it is more likely than not that you engaged in a protected activity, you experienced an adverse employment action, and there was a causal link between the adverse employment action and your protected activity. You need to be able to supply either circumstantial evidence or direct evidence of these elements.

Our Orange County whistleblower attorneys can help you hold an employer liable if it retaliates against you for disclosing information to the government about false claims. An employer that violates the False Claims Act, whether by terminating you or by otherwise punishing you, can be liable for double back pay, interest, special damages, and punitive damages, and it may need to reinstate you.

If you were subject to whistleblowing retaliation, you should discuss your options with the employment attorneys at the Serendib Law Firm. We represent people in Orange, Los Angeles, San Bernardino, and Riverside Counties. Call us at 1-800-LAW-8825 (800-529-8825) or contact us via our online form for a consultation with a whistleblower lawyer in Orange County.