Yoshinoya Must Dish up pay for On-Call Claims, Judge Says 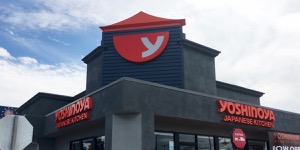 Although Yoshinoya America Inc. ended its policy of requiring employees to block off time for call-in shifts but not paying them, a California judge on Friday said that a recent appellate ruling on another case would apply retroactively and that the Japanese fast food stores are liable for the unpaid time.

Los Angeles Superior Court Judge Daniel Buckley’s ruling also certified a class of Yoshinoya employees who were subjected to the company’s on-call policies from June 2014 to Nov. 2017. The class is believed to number in the hundreds “if not more,” according to the original complaint.

Judge Buckley wrote that there was inconclusive guidance from previous court rulings on the issue of call-in pay before the Second Appellate District’s February Ward v. Tilly  ruling and unclear precedent on applying rulings prospectively, so the call-in policy was a gamble that Yoshinoya took and lost.

“The fact is there is contrary information out there, and they took a chance, and it was wrong,” Ryan D. Saba of Rosen Saba LLP, who is representing the Yoshinoya employees in their class action, said at a Friday hearing.

Judge Buckley wrote the February Ward ruling would apply to Yoshinoya’s 2014-2017 on-call practices in California, and not prospectively, as the company had urged.

The Second Appellate District majority in February said Tilly’s on-call policy triggers California’s Wage Order 7, which makes employers pay workers when they report for work but are “not put to work or [are] furnished less than half [their] usual or scheduled day’s work,” because workers “report” when they call in. Wage Order 7 makes employers pay workers between two to four hours’ wages depending on the length of their scheduled shifts.

A group of Yoshinoya employees led by Erick Monroy had argued in a suit filed in 2017 that the company’s policy of requiring workers to call in two hours before a designated on-call shift meant the employees were subject to the fast food chain’s will instead of their own, court records show.

Superior Court JudgeElihuM.Berle in 2017 refused to toss the suit and noted in his ruling that no state appeals court had yet laid out an interpretation of the reporting time provision of California’s wage order covering on-call work, but that changed in February with the Ward ruling.

In April, Yoshinoya and the plaintiff employees agreed to submit briefs on the application of Ward to their case, and specifically if it should apply retroactively or not.

Thomas Kaufman of Sheppard Mullin Richter & Hampton LLP, who is representing Yoshinoya, argued at the hearing it was not fair to apply the Ward ruling to Yoshinoya’s 2014-2017 actions, as previous court rulings before Ward suggested that on-call pay is triggered only when employees reported physically to work.

“Was the defendant notified at any point that what they were doing was unlawful?” Kaufman asked, and added that every court to consider the issue previously found it “wasn’t a reporting time situation.”

He added, “I admit it’s hard to make this decision at the trial court level, as it’s probably more appropriate for the appellate court. But I also don’t think an appellate ruling is needed.”

In his Friday order, Judge Buckley wrote that none of the rulings Yoshinoya cited in its motion were precedential. He also said the U.S. Supreme Court’s 1983 ruling in Donaldson v. Superior Court required a “clear break from the past” to make a court ruling prospective.

He also said there were conflicting rulings on call-in policies, and the defendants did what many companies do, which is “take a calculated gamble in the hopes that their interpretation and arguments in court will prevail in court during any subsequent suits.”

Judge Buckley also wrote that the defendants “advocate a position that would dramatically expand the scope of the exception to retroactive operation,” which is a conclusion he finds “untenable.”

The workers are represented by Ryan D. Saba of Rosen Saba LLP.

The case is Erick Monroy et al. v. Yoshinoya America Inc. et al., case number BC653419, in the Superior Court of the State of California, County of Los Angeles.

All credit to Craig Clough of Law360. Additional reporting by Kat Greene and Brandon Campbell. Editing by Peter Rozovsky.