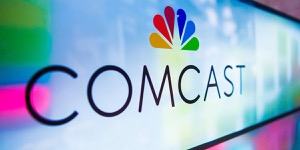 Comcast pressed the Supreme Court on Thursday to shut down a $20 billion racial bias lawsuit over its refusal to carry an African American-owned production company’s channels, arguing that the Ninth Circuit’s revival of the case was rooted in a standard that bucks well-settled precedent.

The Ninth Circuit ruled last year that Entertainment Studios Inc., a production firm owned by former comedian Byron Allen, only needs to show that racial discrimination was one factor in Comcast Corp.’s rejections for the case to move forward. Entertainment Studios need not show racial bias was the decisive factor, the panel concluded.

After securing a high court review of the panel’s decision in June, the media giant insisted in Thursday’s opening brief that the justices should correct the Ninth Circuit’s departure from the “but for” causation standard because the “motivating factor” standard the panel relied on is too broad.

Under the “motivating factor” test, “a party may be held liable for racially discriminatory contracting — and subjected to compensatory and punitive damages — even where it would have made the same contracting decision irrespective of race,” Comcast argued.

Counsel and representatives for the parties did not immediately respond to requests for comment Friday. Entertainment Studios’ response is due in two weeks, and the case is set for argument in November.

Both cases were lodged in California federal court several years ago by Allen’s firm alongside the National Association of African American-Owned Media.

While a California federal judge shut down Allen’s case against Comcast in late 2016 — finding Comcast’s refusal to work with Entertainment Studios could’ve been based on legitimate business reasons — a separate judge in the same California court decided to let the Charter case move forward just a few weeks later.

In the Charter case, the judge concluded that “arguably racist” statements made by Charter executives combined with Entertainment Studios’ years of failed efforts to work with Charter supported Allen’s racial bias claims.

After two separate appeals, the Ninth Circuit found Allen’s claims can proceed against both broadcast behemoths in a pair of decisions released in tandem late last year. In the parallel rulings, the panel concluded that the “but-for” causation element wasn’t necessary, and that Allen’s firm need only show racism played a role in the decisions not to contract with him.

Charter lodged its own petition for a Supreme Court review in March, but the justices are still mulling that one over.

NAAAOM and Entertainment Studios are represented by Louis R. Miller, J. Mira Hashmall and David W. Schecter of  target="_blank"Miller Barondess LLP and Erwin Chemerinsky of the University of California, Berkeley School of Law.

All credit to Anne Cullen of Law360. Additional reporting by Kelcee Griffis and Bonnie Eslinger. Editing by Connor Relyea