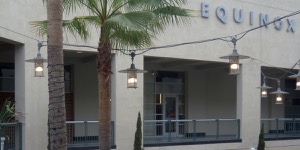 An insurer for Equinox Fitness beat a claim from another insurer of the luxury gym that it wasn’t paying its fair share of legal fees in an ongoing sexual assault lawsuit a Pilates instructor brought against another employee, according to a California federal court ruling Friday.

However, U.S. District Judge Philip S. Gutierrez determined that National Casualty had no duty to defend, and the court put both parties on notice that it intends to grant summary judgment for National Casualty on all counts, according to the opinion.

The case stems from a Jane Doe sexual assault suit filed in Los Angeles Superior Court in 2017, in which the Pilates instructor sought damages for 11 causes of action, including sexual assault and battery, sexual harassment, discrimination, retaliation, failure to investigate and wrongful termination, according to court documents. Beazley filed suit in March alleging that the central allegation of the sexual assault case falls under National Casualty’s coverage, but not Beazley’s.

The Pilates instructor alleged in her complaint that Equinox “ratified” the conduct of the massage therapist whom she alleges assaulted her “because it knew or should have known that [he] had a propensity to sexually harass and failed to address it, allowing the sexual assault to occur.”

Judge Gutierrez said the so-called ratification cause of action that Beazley then brought against National Casualty is not covered by either of National Casualty’s policies — which cover bodily injuries as a result of “an accident, including continuous or repeated exposure to substantially the same general harmful conditions” — because the claim cannot be construed as an accident.

Beazley alleged that National Casualty also had a duty to defend because there was potential that a premises liability claim could be raised against Equinox, which would be covered by the insurer’s general liability policy. But Judge Gutierrez said this did not trigger National Casualty’s duty to defend because Beazley’s argument was only conjecture about how the Pilates instructor could, but did not, amend her complaint.

“The Court concludes that it would be sheer speculation to read such a claim into the Doe complaint,” Judge Gutierrez said.

In her complaint, the Pilates instructor said the company encouraged employees to “trade services,” so she would teach Pilates to the massage therapist, who would in turn give her massage therapy. After he allegedly assaulted her after-hours on the West Hollywood premises, the Pilates instructor said she reported the incident to a manager, who told her that at least four employees and three clients had previously said they “felt uncomfortable during a massage” with the man, according to court documents.

Several women later told her “they, too, were victims,” she alleged. The instructor accused the company of failing to warn its clients about the man and then firing her after she took a leave of absence.

Counsel for both parties did not immediately respond to requests for comment Friday.

National Casualty is represented by Andrew B. Downs and Matthew A. Trejo of Bullivant Houser Bailey PC and Eldon S. Edson and Laura R. Ramos of Selman Breitman LLP.