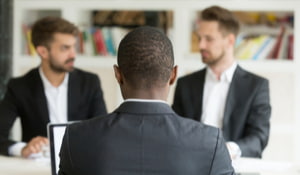 You hope that your employer will act based on your work performance, rather than your racial identity. Race discrimination is unlawful under both federal and state laws. However, unfortunately, some employers still behave in biased and bigoted ways and make important decisions based on an employee’s race. If you are subject to adverse treatment due to your race, you may be able to recover damages for race discrimination by filing a lawsuit. You should discuss your situation with the Orange County race discrimination lawyers at the Serendib Law Firm.

Race discrimination occurs whenever an employer takes an adverse step against an employee due to his or her race. It can include termination, harassment, failure to promote, demotion, disparate pay, or denial of other terms, conditions, or privileges of employment afforded to other employees, based on the employee’s race. Race discrimination is distinct from color discrimination, although sometimes it can be hard to tell the difference. The federal law that prohibits race discrimination is Title VII of the Civil Rights Act of 1964. Title VII applies only to employers that have at least 15 employees. It also caps damages. In most cases, it is less favorable to an employee than the California Fair Employment and Housing Act (FEHA) is.

Recently, California’s governor signed into law a prohibition on race discrimination that includes discrimination based on texture and protective hairstyles. The law specifies that race includes traits historically connected to race, such as twists, locks, and braids. The law is intended to protect Black workers.

Our Orange County race discrimination attorneys can help you bring a claim even if you are not certain exactly which of your protected traits is at issue. The critical question is whether you were subject to discriminatory negative treatment because you belong to a group that is perceived as different when measured against others in the workplace.

If we can establish liability for race discrimination, you may be able to recover damages. These often include compensation for both economic and non-economic losses, such as back pay, front pay, benefits, emotional distress, and pain and suffering. If an employer’s conduct was truly egregious, it may be possible to request and recover punitive damages. Unlike compensatory damages, these are meant to punish a wrongdoer and deter future wrongdoing.

Race discrimination can impede an employee’s professional advancement and derail their career. While most employers will refrain from openly engaging in race discrimination, it still may occur in subtle forms. If you believe that you were subject to race discrimination, you should consult the employment attorneys at the Serendib Law Firm. We represent people in Orange, Los Angeles, San Bernardino, and Riverside Counties. Call us at 1-800-LAW-8825 (800-529-8825) or contact us via our online form to talk to a race discrimination lawyer at our Orange County firm.

Contact Us
Areas de Practica
Client Reviews
★★★★★
"Integrity, competency, and compassion! Dimuth Amaratunga has represented me and counseled me in several matters over the last several years, and each time, I have benefited tremendously from his knowledge, his wisdom and his empathy. He is without a doubt an authority in employment law and personal injury. But most importantly, he has compassion and truly focused on getting the best result for his clients. I am a practicing attorney and I wholeheartedly recommend him and his firm!" David J.
View More
Submit a Law Firm Client Review